Readers of Washington Irving’s Tales of Alhambra (1832) will always remember the magical quality of the narratives and the juvenile excitement derived from dramatic portrayal of imaginary landscapes dominated by princes, cinderellas, hags, wizards, saints, genies and various mystical figures of angelic purity or demonic disposition. Although Islamic presence in Spain has formally ceased with the last wave of expulsions of Moors to North Africa in the early 17th century, Irving’s legendary tales have contributed to shaping lasting myths of Andalusia’s grandeur in the Western imaginary. 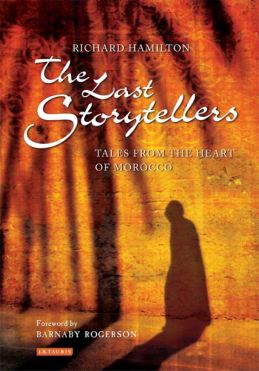 On reading Richard Hamilton’s The Last Storytellers: Tales from the Heart of Morocco (I.B. Tauris. 2011, 242 pp.) I have experienced similar feelings of enchantment and magic. The tales which are, for the most part, set in the traditional quarters of Marrakech, Fés and Rabat portray a wide range of characters; some are so recognizable that one may chance upon in real life, others tend to belong to fabulous times and lands. How Richard Hamilton brought these wonderful narratives together is an amazing story in its own right.  In 2006 as the BBC’s correspondent in Morocco, Hamilton had his first encounter with Marrakech’s famous square, Jamae El Fna and its native storytellers, hlaykiya. As a journalist he was no stranger to the business of storytelling himself, and the present volume of tales he introduces to the reader betrays a deep and tacit sympathy with the Marrakechi storytellers.

In his introduction, Hamilton throws a great deal of light on the lives of these men and the diminished social condition to which they had been reduced at their late age. One can easily discern a tinge of nostalgia in his account of their singular careers as self-made raconteurs who struggled against all odds from the father’s tyranny and social belittlement to chronic pecuniary hardships that left their pinching marks on them as years advanced. Their vast repertoire of tales with which they had entertained generations of bystanders in the square of Jamae El Fna, who circled around every day after sunset, had been their sole means of livelihood. With the aggressive advance of public entertainment media, their genuine and rare gifts of telling delightful tales were less and less appreciated, and the power they once wielded on their audiences shrank dramatically. Eventually, the whole craft of halka (storytelling) disappeared from the scene, and the rich legacy of tales handed down from master to disciple was confined to a few aging hlyakia. Hamilton, who was “determined to record more tales from the storytellers before they vanished forever, … saw it as [his] mission to save the stories from impending doom and extinction” (p.15). The result of his labors was a remarkable volume of 39 tales recorded and translated out of the original hikayat (stories) recounted in Moroccan Arabic by five master storytellers with whom Hamilton worked closely. Sadly, when the book came out in 2011, two of these storytellers had died.

As I Read the tales in their English versions, it became clear to me the great care taken by Hamilton to preserve the original texture of the Moroccan oral tale. The rich symbolism and plain narrative structures of the hikayat are rendered with much skill and devotion so that the reader misses none of the dilemmas, ironies, anecdotes, reversals, and ultimate wisdoms of the original tales.

While they had been part of Moroccan oral tradition, some tales in the collection are visible adaptations from renowned Arabic literary texts such as Alf Layla wa Layla (Arabian Nights) and The Adventures of Sayf Ben Dhi Yazan. The tale of “The Sultan and his vizier’s wife”, for instance, is inspired from a tale in Arabian Nights (Night 578).

Also, the story of the king who cuts his finger and imprisons his grand vizier for not showing enough sympathy is a popular one in the Arabic and Hebrew traditions and exists in various versions. Nonetheless, there is a distinct Moroccan flavor to these adapted stories; the scenes, incidents and characters have a compelling ‘Moroccanness’ to them that in the end it is difficult to dissociate them from other native tales.

While reading Hamilton’s collection of Moroccan folktales, I had a persistent sense of déjà vu. The tales sounded remotely familiar, and I trust some Moroccan readers will perhaps be reminded of the stories told by their grandmas of the cunning Hdidan who always outwits his enemies and foils their machinations. I was particularly fascinated by the story of “The Eyes of Ben’Adi” which is a common expression in Moroccan Arabic that refers to an indecent or improper conduct done deliberately and openly regardless of public sentiment. I did not know the original background of this phrase before and I’m not going to give it away here– no way!

The diversity of characters in Hamilton’s collection is particularly impressive.  Given the overriding allegorical nature of the stories, the cast of characters represents the plurality of human experiences and the wide-ranging spectrum of social functions. The multiple spaces of narration occupied by female characters, for instance, not only reveal the powerful presence of the woman figure in the social fabric through the various roles she plays and the influence she exerts on her entourage, but also reflect ‘liberal’ perceptions of women in traditional Moroccan society.

Despite the remarkable diversity of the stories and landscapes which makes reading The Last storytellers feel like a dream, there is a moral value at the heart of each tale. The ultimate triumph of innocence over malice theme finds justification in the fact that the tales were originally oral performances aimed ‘to entertain and instruct’ the public.

I have compared Hamilton’s collection of Moroccan tales to Irving’s Alhambra, but there is also a strong resemblance to the short stories of Paul Bowles. Bowles of course had a particular fascination for the grim and the grotesque, and his Moroccan stories often lack the festivity and lightness of the Moroccan folktales. Both Hamilton’s and Bowles’ tales, however, draw on the rich cultural heritage of Morocco and make a good investment of its different landscapes. The realm of possibilities seems infinite and the line that separates the physical and magical worlds becomes so thin that mundane incidents may accidentally take a bizarre course and slip into a world of dazzling fortunes and frightening consequences.

Hamilton’s The Last Storytellers pays tribute to an established oral tradition which had hitherto survived on the margins of society and suffered a steady and painful decline. The tales themselves are fortunate relics of this vanishing tradition and offer genuine glimpses into the rich and captivating world of halka.

1 thought on “The Last Storytellers: Homage to the Moroccan Halka Tradition” 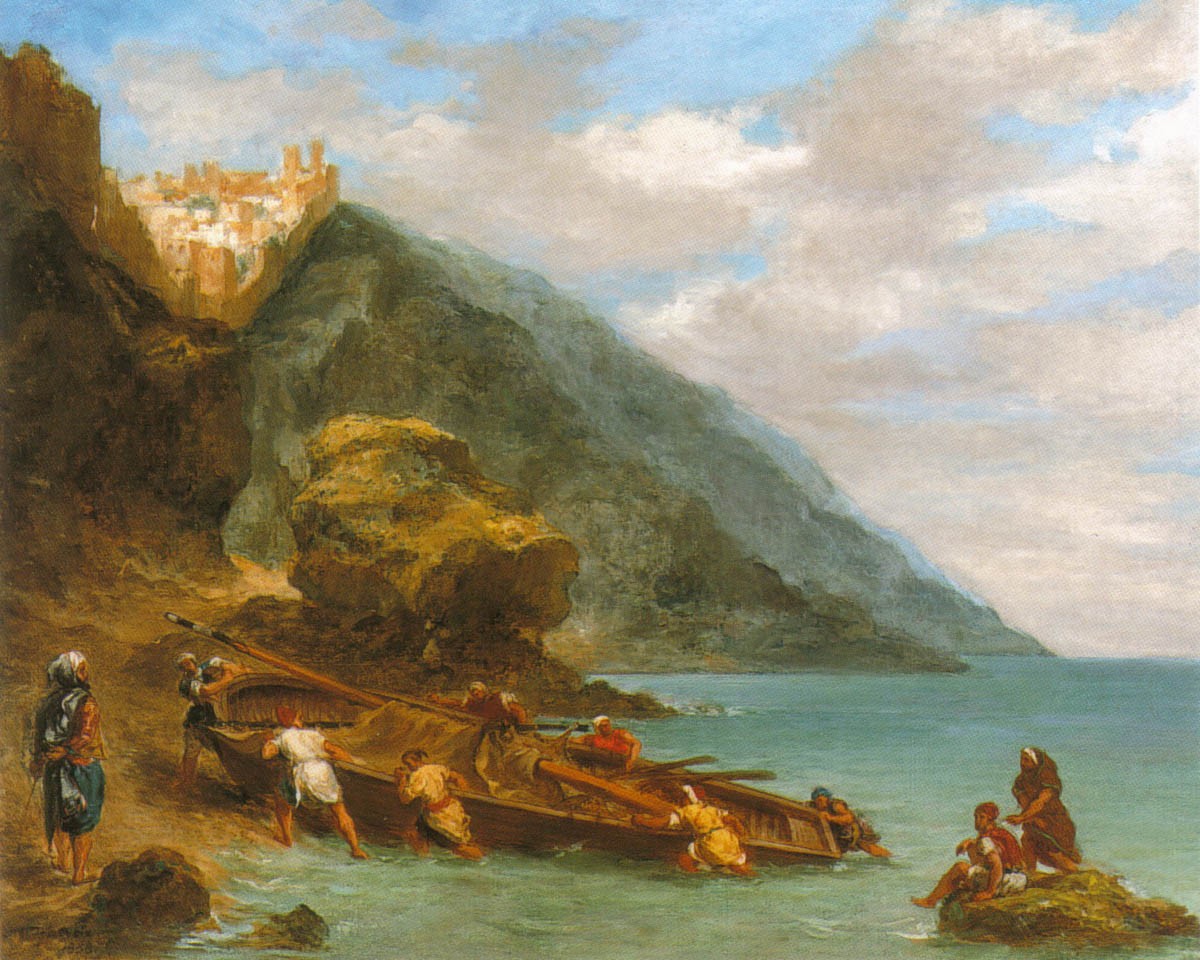